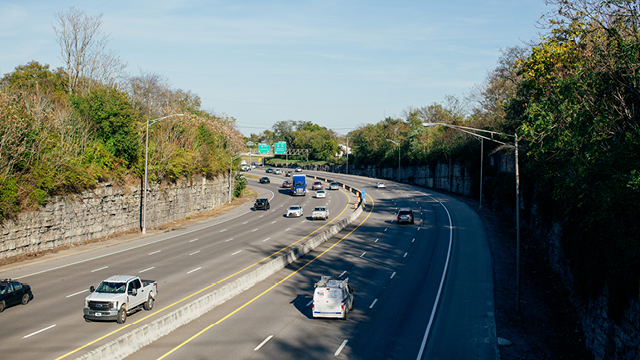 The interstate highway system built in the 1950-60s connected U.S. cities, but it also cut through and destroyed many predominantly Black neighborhoods. Decades later, planners are looking at “caps” and “stitches” projects to reconnect the neighborhoods once destroyed or isolated by highways.

It’s no secret that racism shaped many of the interstate routes planned after the Federal Aid Highway Act of 1956. President Biden’s infrastructure plan includes money for a program that would reconnect neighborhoods cut off by historic investment.

North Nashville is one of those communities where homes, businesses and churches were lost when Interstate 40 was built, physically separating residents from their business community.

Nashville city leaders hope to leverage federal funding from the Infrastructure for Rebuilding America Grant to build a land bridge or “cap” over the interstate. The freeway cap, could yield safety and placemaking benefits, generating economic value for neighbors and bridge users.

A proposed “cap” over I-40. Picture from Nashville Post.

The Interstate 40 cap would help revitalize Jefferson Street, once the main business center for the North Nashville community. It would provide a safer link to Meharry Medical College, Fisk University, Tennessee State University and North Nashville. The new infrastructure would also bring opportunity for investment in the community’s housing affordability, pedestrian safety and local businesses and schools.

In addition to federal grant money and state and local investment, Metro Nashville, the Tennessee Department of Transportation, the Jefferson Street area community and the colleges will all need to partner to make the project a success.

Other cities actively working on infrastructure projects to bridge the divide include Atlanta, Austin and St. Paul, Minnesota.

Atlanta is working to create The Stitch above Interstate 75/85, which could create 14 acres of greenspace and fulfill downtown Atlanta’s need for a park. It could also bring more riders to an underused MARTA rail station in the area.

In Austin, Interstate 35 destroyed a tree-lined street and separated East Austin neighborhoods from the downtown business district. Planners are considering a series of caps over the interstate to create a 2.5-mile boulevard, 11 acres of parks and other amenities, and connect East and Central Austin communities.

A community land bridge over Interstate 94 in St. Paul would connect the bisected Rondo neighborhood and address housing affordability by creating 500 new housing units. Keith Baker, managing director of ReConnect Rondo, said more than 700 black-owned homes and 300 businesses were destroyed to make way for the interstate. The new land bridge would enhance livability and make up for long overdue social justice.

Nashville’s proposed Interstate 40 cap project could transform the airspace above the highway, reconnect North Nashville and help heal the divide.